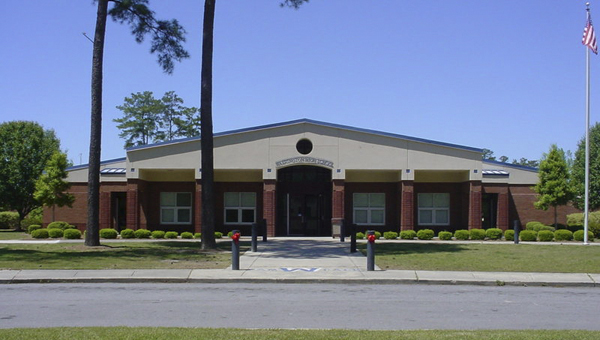 PROTECTING STUDENTS: Authorities were alerted to the presence of a gun on Washington High School's campus on Friday.

The discovery of a stolen handgun on the campus of Washington High School on Friday resulted in the arrest of three juvenile suspects, according to a press release from the Beaufort County Sheriff’s Office.

Speaking on behalf of Beaufort County Schools on Monday, BCS Superintendent Dr. Don Phipps offered his perspective on the situation, and the steps that might be taken to curtail the presence of guns on campus in the future.

A critical piece of Friday’s response, the relationship between BCS and local law enforcement helped ensure that the situation was diffused without incident. Phipps said that throughout the incident, both BCS staff and law enforcement followed established protocols to create a safe outcome.

“It was handled swiftly, the way that it should have been handled,” Phipps said. “They did the law enforcement side and now I have to step in and do the school discipline side. We respect each other’s work, I want to support them and help make sure they are able to do the things they need to do in our buildings. We’re very grateful that they are there doing that work.”

While the school system has improved security at its schools during the past few years, installing electronic door locks to create controlled entryways, Phipps says that new measures could be possible. The school system’s capital requests to county commissioners for the next three to five years include funds to enclose outdoor walkways and corridors at schools throughout the county. Phipps also said that new equipment, such as metal detectors, could be a possibility moving forward.

“Questions come up about the barriers that we put up, whether it’s metal detectors, which I think is something we need to consider, or the barriers where people have to be buzzed in,” Phipps said. “Those things slow down traffic and don’t allow business to operate as normal, but given the nature of what we’re having to deal with, those may well become sacrifices that the public and people doing business in the schools have to learn to accept.”

Above all, Phipps says that it is up to the community as a whole to exercise vigilance in spotting potential problems. From students speaking up about rumors or possibilities of weapons on campus, to adults keeping an eye and ear out, information provided to BCS and law enforcement can help prevent dangerous situations.

“If you hear something, or see something, we need to make sure to say something,” Phipps said. “That national campaign is something that applies here as well. There will be a lot of leads that don’t materialize, but I would much prefer to follow a lead that didn’t turn into anything than to not know about it and us have a problem on our hands.”

According to information provided by the BCSO, the student in possession of the gun gave no indications that he intended to use it for violent purposes. The gun was loaded with two rounds.

According to a press release from the BCSO, three students face charges in relation to the incident. An unnamed 14-year old, an unnamed 15-year old and James Raheem Corprew, age 16, of Washington, were immediately taken into custody following the discovery of the firearm.

According to the BCS student code of conduct, possession of a firearm carries a minimum punishment of 365-day suspension, as mandated by North Carolina state law. The maximum penalty is expulsion. Student disciplinary records are considered confidential.