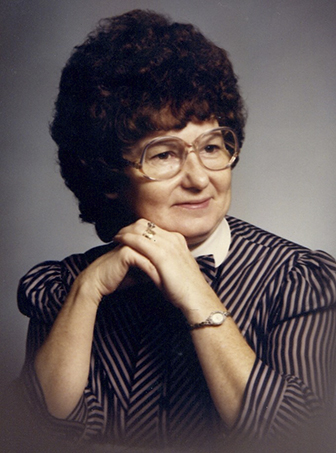 Marjorie Hedgepeth Wainwright, 81, a former resident of Chocowinity, passed away peacefully Jan. 20, 2019, at the Vintage Inn in Williamston.

A funeral service will be held Wednesday, Jan. 23, 2019, at 3:30 p.m. in the Wilkerson Funeral Chapel, conducted by Brother Dale Clark and Brother Donnie Smith. Burial will follow in Pinewood Memorial Park.

Margie, born in Beaufort County on June 3, 1937, was the daughter of the late Robert Hatten Hedgepeth and Amy Campbell Hedgepeth. She married James Henry Wainwright (Pete) on Dec. 14, 1956. She worked at Coats and Clarks in Newport News, Virginia, for about nine years. They then moved to North Carolina and made their home in Chocowinity. She then worked at Singer Furniture Company for 1.5 years. She later became employed at Hamilton Beach, where she remained for 22 years until retiring in 1996.

Margie enjoyed serving the Lord, working, fishing and spending time with her family. She was a charter member of the Church of God in Chocowinity.

The family will receive friends on Tuesday evening from 6 p.m. until 8 p.m. at Wilkerson Funeral Home.

Flowers are appreciated, or memorials may be made in her memory to the Alzheimer’s Association Eastern NC Chapter, 3739 National Drive, Suite 110, Raleigh, NC 27612.

Arrangements are by Wilkerson Funeral Home and Crematory.