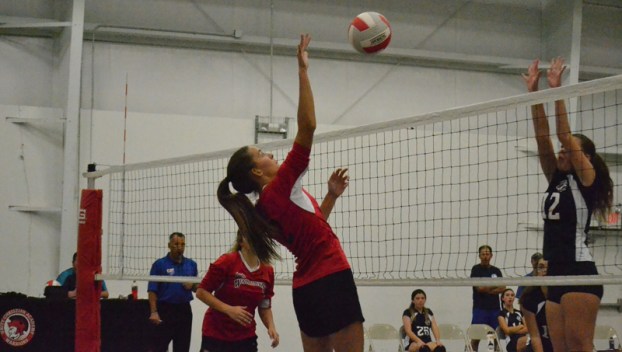 The Warriors of Unity Christian Academy battled through the mist and picked up a win on Tuesday afternoon over Washington Montessori, 4-1.

The Eagles had some opportunities, especially late in the game, but couldn’t cash in.

On multiple occasions, goalkeeper Colby Case caught the ball in the box, rolled it and took off towards the opposite goal. Case had the ball taken away from him on both attempts, but he was able to get back in time before a shot could find the back of the net.

Montessori has been steadily improving, as they have a team full of youngsters that continue to progress.

Montessori head coach Austin Smigel was encouraged to see his players and his team improving throughout the season.

“We only have one senior and the rest are tenth graders through seventh graders,” Smigel said. “It’s been awesome (to see them progress). They’re super young and they’re not backing down from the bigger opponents. We couldn’t be more proud of how they’re doing. Looking forward to a great couple years to come.” 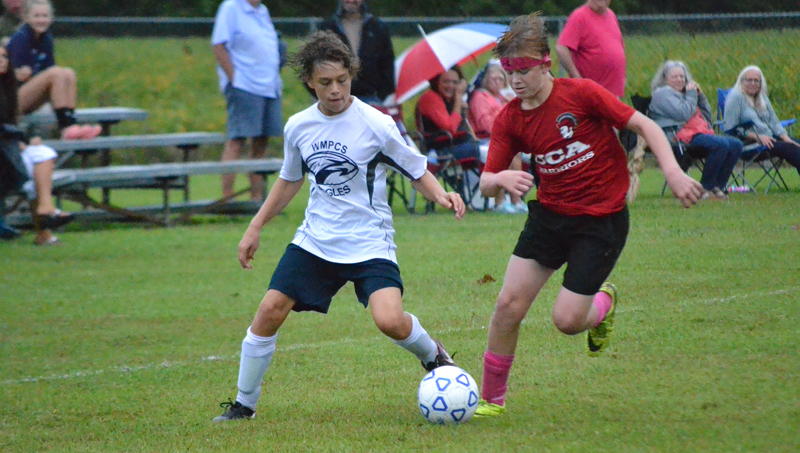 The Warriors have a few seniors on this year’s team. Josh Barker, Josh Buck, Nicholas Jones and Case are all graduating after the school year.

Barker is a four-year player for the Warriors and said his senior season has been a lot of fun.

“We got off to a rocky start in that first game against Trinity, but since then we’ve had a great season,” Barker said after the game. “ We’ve had a good season and we’re back to .500, and we’ve had a lot of ties this year, but it’s been real fun.”

The Warriors are not in a conference, so they will not be able to participate in the playoffs, but they are enjoying the season they are having according to Unity head coach Ryan Kolibabek.

“We kind of put this team together last minute. We didn’t really know if we were going to have enough players but ended up having a lot of interest come out of nowhere,” Kolibabek said. “Compared to last year, we’re doing a whole lot better. We beat Northside 8-2 and then tied them 4-4 when they played here.”

The Warriors record improved to 3-3-2 on the season, and they’re scheduled to play Southside on Oct. 22.

Eagles head coach Tony Alligood said that his team has improved over the course of the season, and was coming off a three set sweep of Southside the day before.

The Unity team is full of freshmen and sophomores, but they played well enough to earn a victory on Tuesday night, as well as earning wins over Bethel Assembly Christian Academy and Christ Covenant last week.

Head coach Jessica Sawyer was pleased with her team’s effort so far this season.

“We have a young team. We only have three 11th graders and the rest are ninth and 10th graders,” Sawyer said. “This is our fourth win in a row, so that’s been really exciting.”

The Lady Warriors next game will be today at TEACH. JV will begin at 4 p.m. and varsity will follow.