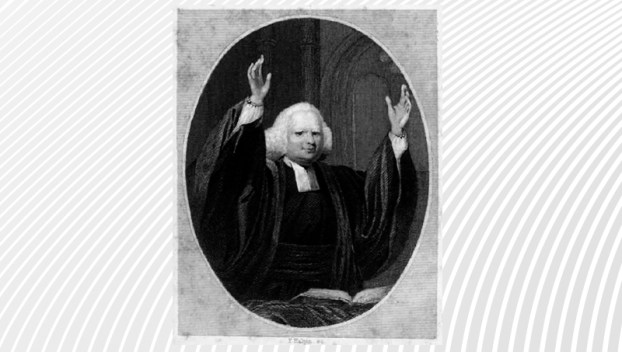 The horned shoes and the hundred year curse

He mounted his horse drawn wagon, removed his leather shoes, lifted them high above his head and with righteous indignation he proclaimed a hundred-year curse upon the small port community.
The fiery, pious, cross-eyed, Calvinist clergy was, George Whitefield. The small port community was Bath, North Carolina. While charming, Bath, also had a wild side. It was a place where people chose to live life on their own terms — it was a complacent little town.
Nestled along the Pamlico Sound, Bath is North Carolina’s oldest town. It was incorporated in 1705 and was North Carolina’s first port of entry. From 1705 until 1722, Bath served as the first nominal capital for North Carolina.
Being a grand port and trade town, Bath was frequented by pirates — including the infamous Blackbeard, who had called the area home a mere 40 years before Whitefield’s journey south. The pirate became a prominent figure and settled briefly in the town. This notorious association contributed to the reputation of Bath as a “swashbuckling” town.
Ultimately, the traveling evangelist Whitefield heard of Bath’s reputation and decided to pay a visit. The zealous itinerant severely reprimanded the dancing, cursing and drinking. He rebuked the predominantly Anglican audience, emphatically declaring that this brand of malevolent behavior was not welcome.
Whitefield was said to have traveled with a coffin to demonstrate that he wasn’t scared of the afterlife. Allegedly, he used the coffin as a bed to sleep in each night. He was known for his stern sermons describing hellfire and damnation. His sermons were part of the “Great Awakening” that spread through the colonies before the Revolutionary War.
When greeted in Bath by locals who told him he would “put that coffin to use” if he stayed, he left the town perturbed by their actions. Feeling rather unappreciated, he said, “If a place won’t listen to The Word, you shake the dust of the town off your feet…” Later in his journal Whitefield lamented: “In North Carolina there is scarce so much as the form of Religion. Two churches were begun for some time, but neither finished. There are several dancing-masters but scarce one regularly settled Minister.”
The Calvinist minister visited the town of Bath four times between 1747 and 1762. Upon each visit he found that a “loose” lifestyle of dancing, drinking, and entertainments perpetuated religious indifference throughout the area.
In 1762, Whitefield, while recuperating in “the ungospelized wilds” around Bath, wrote in a letter: “I wanted to let North Carolina have as much time as I could.” The aging grand itinerant was seeing little success in the state of North Carolina. Whitefield returned to Bath once more and according to legend, he was again run off.
Whitefield, citing the New Testament, took off his shoes, waved them in the air, shook the dust off his feet and cursed the town of Bath for a hundred years. “I say to the village of Bath, village you shall remain, now and forever, forgotten by men…until such time as it pleases God to turn the light of His countenance again upon you.”
Whitefield, and his coffin, left the town of Bath. The residents moved on with their lives and everything seemed commonplace … that is, until a nearby town emerged seemingly overnight and quickly became a more popular port than Bath — wealth began steering away from the port town.
Situated on the Pamlico River, nearby Washington was established in the 1770s and quickly rose to prominence as the most popular trading port. Washington offered easier accessibility, and with that, Bath lost prosperity and quickly became a sleepy town on the “backwater.” Bath’s prominence and prestige continued to dwindle away well into the 19th century.
Whitefield, taking full credit, bragged and proudly spread the story of how he had singlehandedly cursed Bath. He used it as an illustration and as a warning in his sermons.
Did he really place a curse on Bath?
Regardless of what one might believe about the “Whitefield Curse,” after his grand proclamation and departure, the economy of Bath dwindled as ships began porting in other North Carolina coastal cities — especially the more accessible Washington.
A hundred years later, Bath had become the quiet little hamlet that remains today.
While I am not a firm believer in the “Whitefield curse,” if I ever, by chance, meet a fiery, pious, cross-eyed minister who takes off his shoes … well, it might just change my mind!
James Mullis has his Doctorate in Theology. He is an avid lover of history, especially religious history. He serves on the Board of Directors for the North Carolina Society of Historians. He enjoys investigating and researching the myths, curses, folklores, and legends of North Carolina’s religious history.