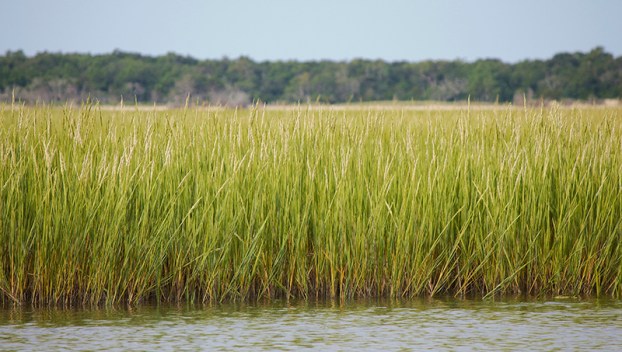 PROTECTION: Wetlands cover approximately 17% of the state of North Carolina, and 95% of them are in the coastal plains. A new EPA rule eliminates pollution protections for wetlands without a surface connection to larger bodies of water, though they do have connections beneath the surface. (North Carolina Department of Environmental Quality)

A rollback of Clean Water Act protections announced by the Trump administration is raising concerns about future water quality in local waters.

The Environmental Protection Agency released the new rule Thursday, and it’s one that weakens regulations aimed at protecting small streams and wetlands, despite a large opposition to the change.

Two of those who spoke out against the rollback during its public comment period included North Carolina’s Attorney General Josh Stein and Michael Regan, the Secretary of North Carolina’s Department of Environmental Quality. In a letter to Andrew Wheeler, the EPA administrator, dated April 15, 2019, Stein and Regan wrote that the new rule does not fulfill the purpose of restoring and maintaining the “chemical, physical and biological integrity of the nation’s waters” as established by the Clean Water Act in 1972.

“We support a reasonable, science-based approach to defining (Waters of the United States). Such an approach would not only preserve those features essential for preserving clean water, but would also provide clarity to those whose activities fall under the rule, avoiding unnecessary burden on farmers and developers who employ responsible environmental practices. As currently drafted, the Proposed Rule does not meet this test,’ the letter reads. “Instead, it draws arbitrary dividing lines that sacrifice the health of the nation’s waters and will lead to more confusion for farmers and developers. As a result, we cannot support the Proposed Rule, and we request that it be revised to provide clarity and reflect the vital importance of wetlands and ephemeral stream features to the health and welfare of the people of North Carolina.”

Regan and Stein pointed out a particular concern in the effects the new rule could have on the North Carolina economy. North Carolina has nearly 9,000 square miles of wetlands, encompassing 17% of the land area in the state, 95% of which is in the coastal plain. Wetlands, they stated, improve water quality by serving as a filter for runoff, retain rain and stormwater during flooding events and lessen the impact of tropical storm and hurricanes — without their protection, hurricanes such as Florence and Matthew would lead to even greater economic losses. In 2017, wetlands, nurseries for many species of fish and an attraction for migratory birds, fueled more than $430 million in revenue for commercial fisheries, $3.9 billion was generated by recreational fisheries; and in 2011 more than $2 billion was spent in North Carolina on hunting and fishing.

The rule changes also would eliminate pollution protections for ephemeral streams — streams that don’t run all the time, but when they do run are funneling runoff directly in larger bodies of water.

The announcement is spurring local reaction, as well. Matthew Starr, the Upper Neuse Riverkeeper with Sound Rivers, the Washington-based environmental advocacy nonprofit, responded to the announcement in a Sound Rivers press release, saying it is critical to maintain clean water protections.

“Now more than ever, we need leadership in North Carolina to defend the right to clean water so that our environment, communities and economy can continue to thrive,” Starr said.