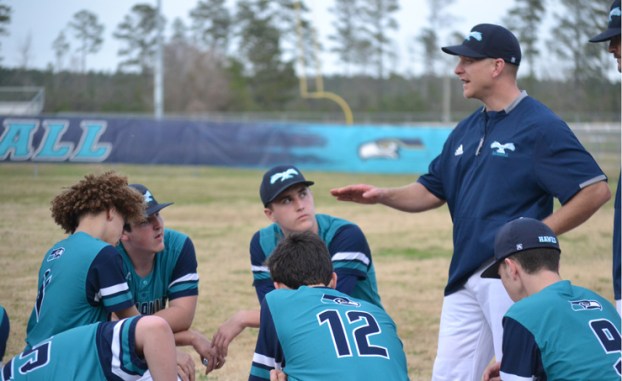 CHOCOWINITY — The past two games were vastly different from the first contest of Southside head baseball coach Daniel Folk’s head coaching career. After suffering a loss to North Pitt in the home opener, the Seahawks bounced back with a 12-2 win over Mattamuskeet and a 15-0 victory over Washington County. 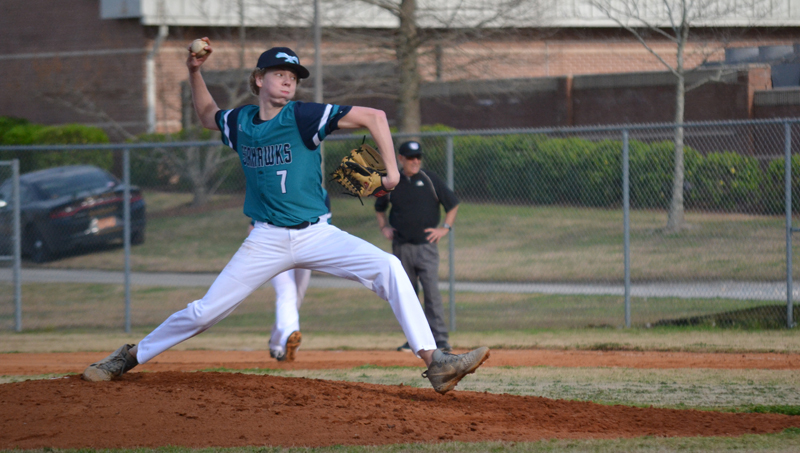 THE STRETCH: Southside’s sophomore pitcher Matthew Bullock stretches out and releases a pitch towards the plate against Washington County on Thursday evening. (Mitchell Thomas / Daily News)

Folk said that it was exciting to get his first win under his belt, but the main difference between game one versus games two and three was pitching.

“It felt good, I wish we wouldn’t have waited so late to get the bats going, but it felt good, the guys played well,” Folk said. “Pitching was 100% the difference (in the past two games). The last two games we’ve only given up two walks, the North Pitt game we gave up 18. That makes a huge difference no matter who you play.”

Southside run-ruled Washington County by the third inning. Southside walked nine times in three innings, and loaded the bases at the bottom of each frame.

Campbell Barnes and Thomas Davis led the team with two RBIs each, and Walker Hill roped a double for the only non-single of the contest.

Jody Pierce, Hundley Stallings, Dylan Humbles and Logan Langley all picked up singles in the contest as well. 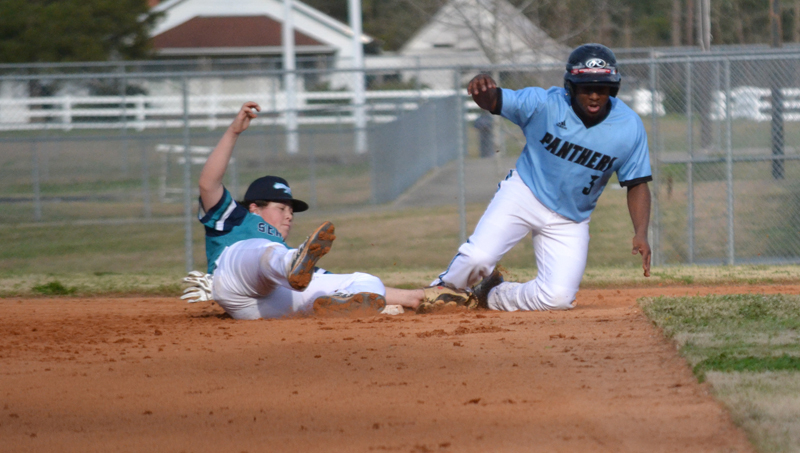 PLACING THE TAG: Southside’s Logan Langley makes the catch on a throw down from catcher Shawn Gerard to gun down the Washington County would-be base stealer Thursday night. (MItchell Thomas / Daily News)

Many RBIs came around to score from drawing walks, and Southside scored six runs in the bottom of the third inning to pick up the 15-run-rule victory.

Unfortunately for the Seahawks, their two-game win streak will have to be put on hold until April 7 due to the NCHSAA’s suspension of the spring sports season because of COVID-19.

The first game back from the long break will be a rivalry matchup between Southside and Northside in Chocowinity, if the plan to revamp the season resumes at the planned date.

“It’s unfortunate. I understand that the NCHSAA has to do what they have to do and take precautions for the safety of everybody, but hopefully our guys do stuff on their own and stay sharp so we can come right back into the swing of things,” Folk said. “Everything is still kind of unknown. All we know is we can come back April 7, other than that, we don’t know.”

Senior outfielder Johnathan Hernandez said that he and his teammates will still find ways to prepare for the remainder of the season.

“Yeah, it’s upsetting, but we’re still going to keep grinding and practice on our own time since coaches can’t be there. We’re going to have to keep our mentality the same and keep our batting in shape so when we come back we can keep our win streak going,” Hernandez said.