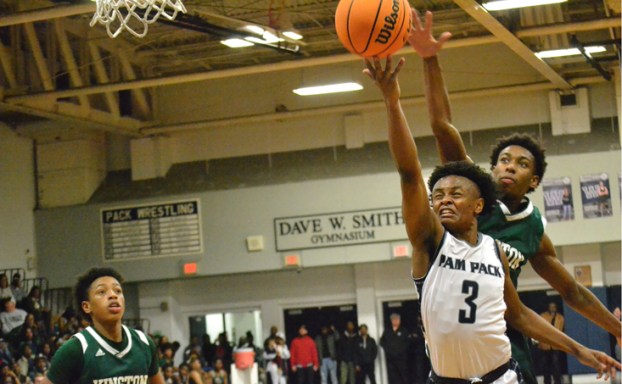 ALL-AREA: Washington's Rashod Smith gets to the cup against Kinston earlier this season. Smith was one of top performers in Beaufort County this season. (Mitchell Thomas / Daily News)

Beaufort County represented well on the hardwood this season. A few teams made playoff runs, and there was a lot of talent displayed throughout the area. The players listed are well deserving of recognition for their efforts.

“Wow,” is the word often used when watching Smith. Whether it was driving to the bucket, making a flashy no-look pass, or burying a triple from outside the arc, he has the “it” factor. After transferring from Northside to Washington, he fit right in and produced in a big way. He averaged 21.5 points per game, 7.5 assists and 5.2 rebounds per contest. 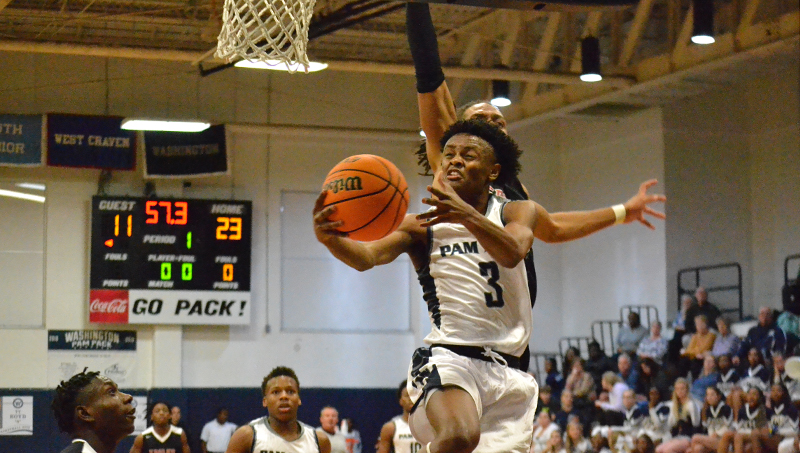 BRACING FOR CONTACT: Washington’s senior guard Rashod Smith goes up and under a West Craven defender for the basket during the Pam Pack’s 86-53 victory over the Eagles on Tuesday night. Smith went on to pick up 35 points in the contest including six 3-pointers. (Mitchell Thomas / Daily News)

Don’t let Blount get to his spot, or it was lights out. The 3-point threat shot at a 38% clip from behind the arc this season, and averaged 17.8 points per game. Blount also did a fine job defending. He will be a big part of the Pam Pack’s success in his senior campaign. 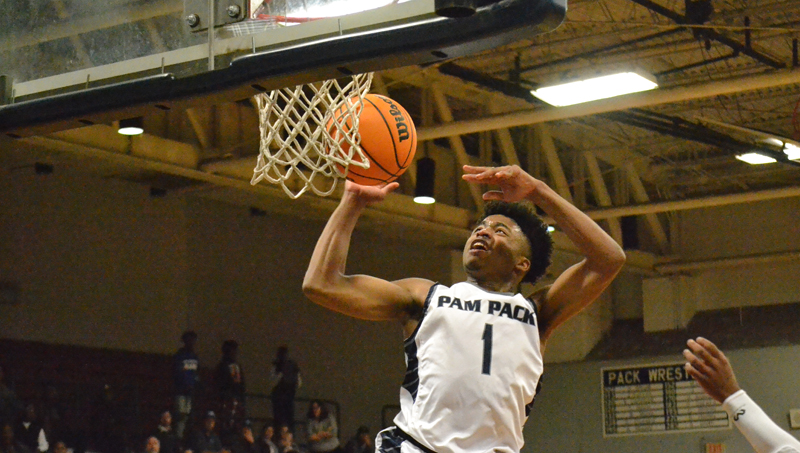 AT THE RIM: Washington’s Omarion Blount gets fouled heading to the rim earlier this season against Greene Central. (Mitchell Thomas / Daily News)

It’s tough to guard Van Staalduinen. His length and explosive feet can elevate him above any defender he faced this season, and he shot at a high percentage. He was 55% from the field and 44% from behind the arc. He averaged 21.2 points per game en route to 615 total points for the year. He helped lead the Knights into the NCISSA playoffs and to a Tarheel Independent Conference Championship. 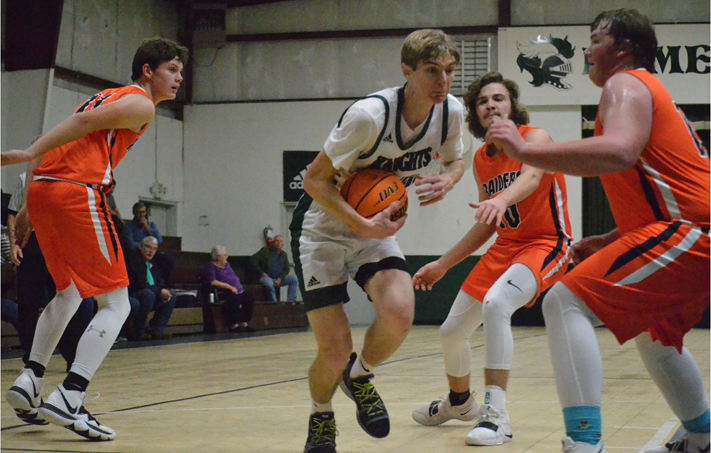 TUCKED: Terra Ceia junior guard Matt Van Staalduinen drives in between the Hobgood zone before being fouled and sent to the line in the Knights’ blowout victory early this season. (Mitchell Thomas / Daily News)

Boyd was one of the best big men in the area. He averaged a double-double this season with 12.4 points per game and 10.3 rebounds per contest. He put up a season-high 25 points against South Creek on Senior Night, and brought down a career-high 19 rebounds against Camden County. 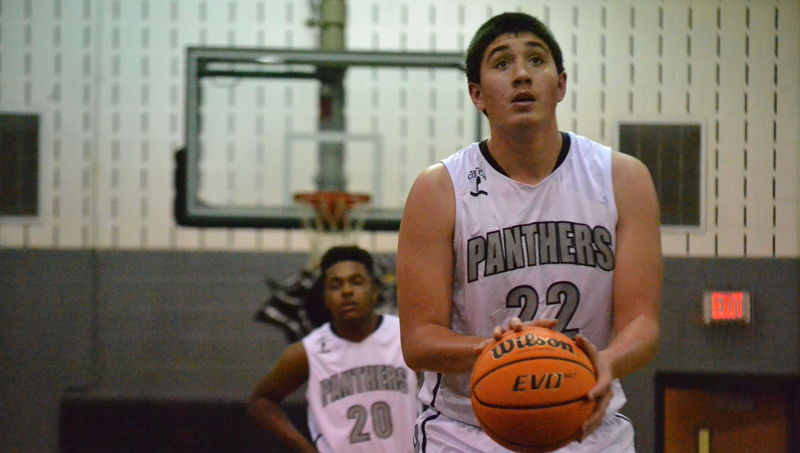 DOUBLE-DOUBLE: Northside’s senior center Carter Boyd steps to the line for a free throw against Cape Hatteras. Boyd averaged a double-double this season for the Panthers. (Mitchell Thomas / Daily News)

The junior guard didn’t miss much action on the floor this year, averaging 31 minutes per game. He got a lot done in that time, picking up 20.1 ppg, eight rebounds and 3.3 assists per game. Kirkman shot 44% from 3-point land and 57% from the field. He’ll be tough to deal with in his senior season. 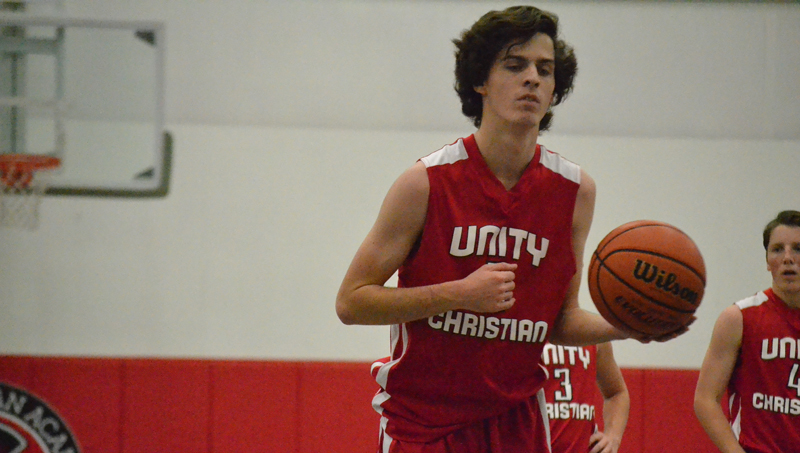 An X-factor for the Pam Pack this season was Bryant. Washington could always count on Bryant to earn some tough buckets, and pick up the slack if any of his teammates were having an off night. He averaged 12.6 points per game and 5.6 rebounds per contest. He dropped a season-high 25 points against North Lenoir on Jan. 28. He and his twin brother Jeremee will be a tough tandem for opponents to handle in their senior campaigns. 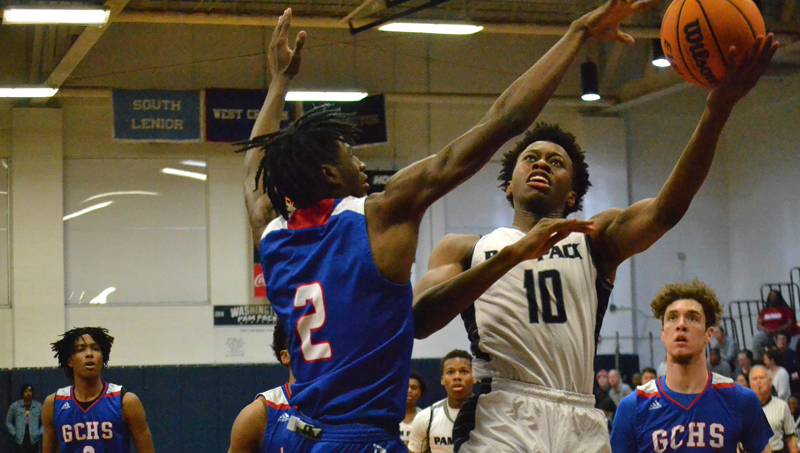 The senior transfer played well for the Seahawks in his senior season. He averaged 14.6 points per game, 4.9 rebounds and two steals. He dropped a season-high 27 points against South Creek on Jan. 24. 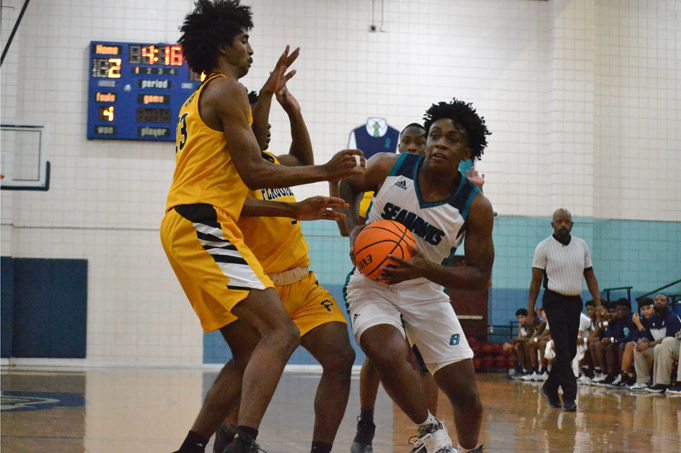 IN TRAFFIC: Seahawk guard Zach Green draws the contact and goes up for a shot this season. (Mitchell Thomas / Daily News)

Couch is a pure 3-point shooter. He can knock down 3’s from any part of the court at a high percentage, and that showed as he averaged 20.3 points per game this season. He shot 40% from 3-point range and 55% from the field. Couch scored 606 points this season, helping his team win the TIC Title. 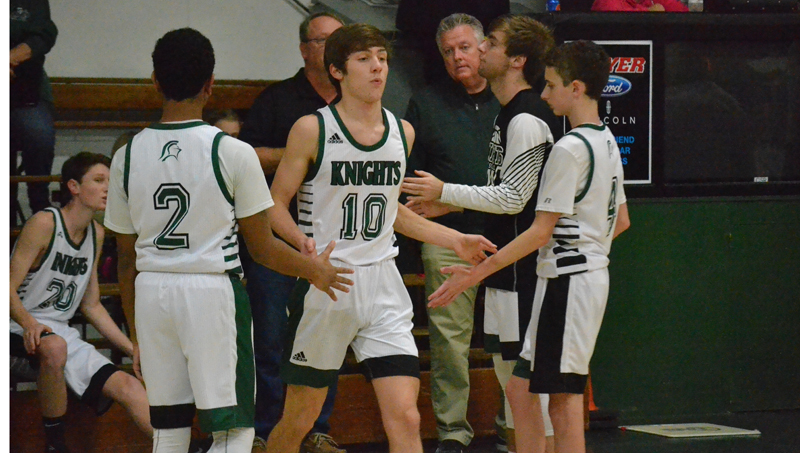 Lee led the Raiders in scoring pretty much every night. He averaged 16.1 points per game, 5.3 assists and 2.3 steals per contest. The junior guard will have one more chance to lead Pungo to a Tarheel Independent Conference Championship next season. 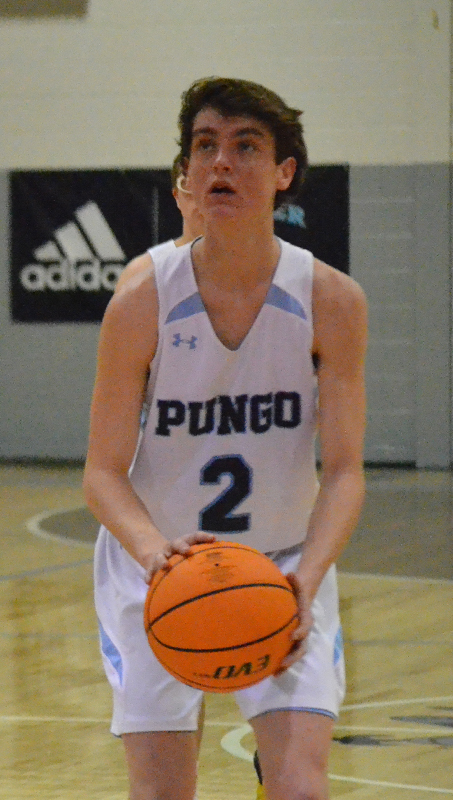 LOCKED IN: Pungo Christian’s Miller Lee has his eyes locked in on the rim during a free throw against New Life. (Mitchell Thomas / Daily News)

Case averaged a double-double for the year, with 18.3 points per game and 11 rebounds. The senior also did a great job defensively, reading passing lanes and earning 3.9 swipes per night. Case shot 58% from the field and 35% from behind the 3-point arc. 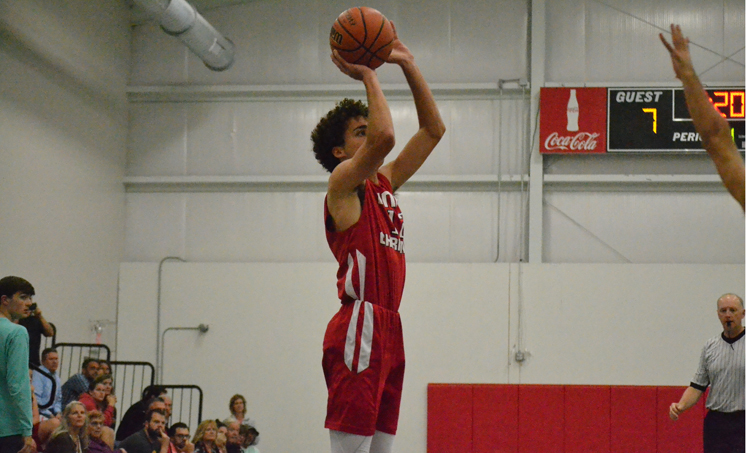 PULL UP: Warriors two-guard, Colby Case pulls up from behind the arc for a three-point shot. (Mitchell Thomas / Daily News)

The quickness of Smith gave opponents some issues. Smith got to the cup quite a bit, but he could also step out and bury 3-pointers. He averaged 10.9 points per game, scoring a season high 22 points against Mattamuskeet with 10 rebounds on Jan. 22. 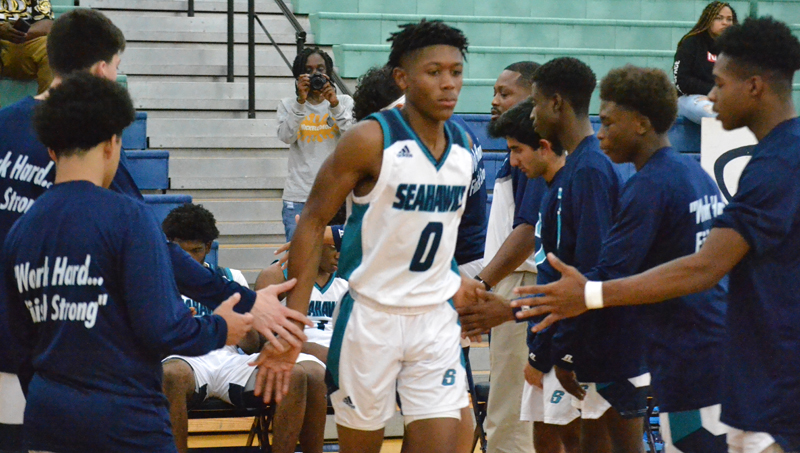 INTRO: Southside’s Ty Smith is introduced prior to the Seahawks’ game against Perquimans this season. (Mitchell Thomas / Daily News) 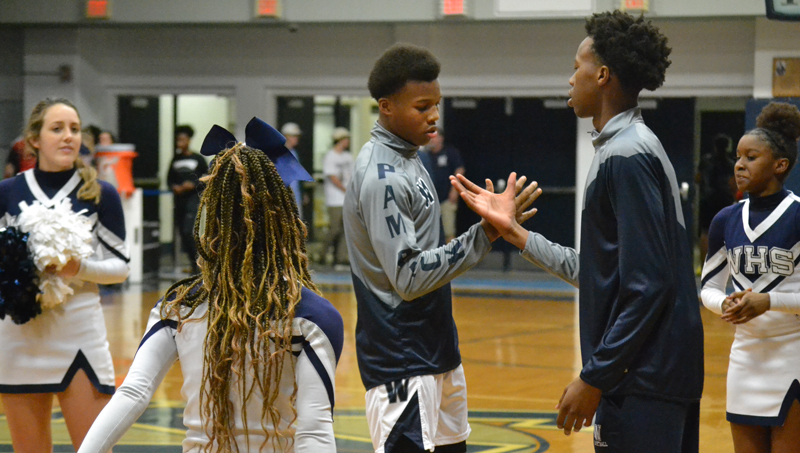 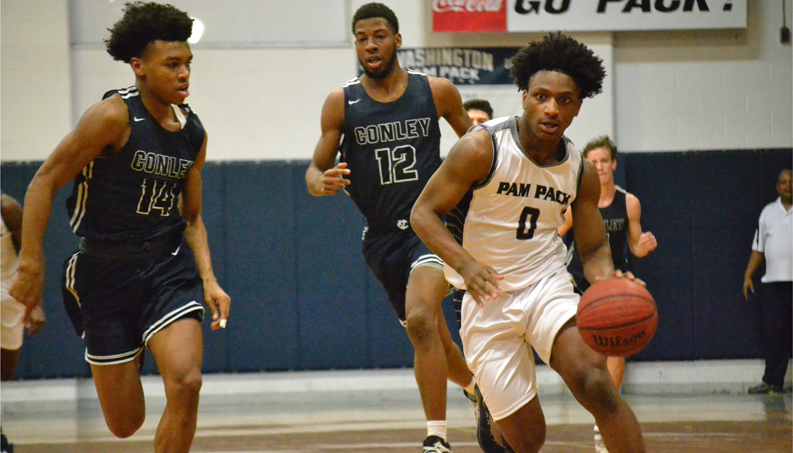 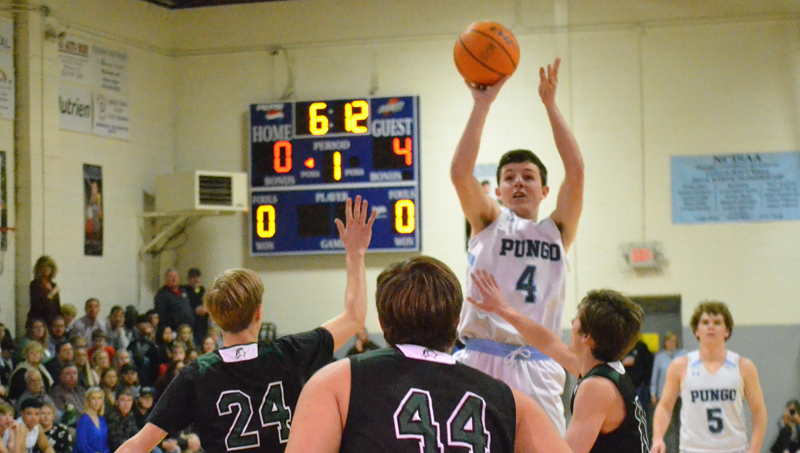 RISING UP: Pungo’s Nate Van Staalduinen rises up for a jump shot over the Terra Ceia defense this season. (MItchell Thomas / Daily News) 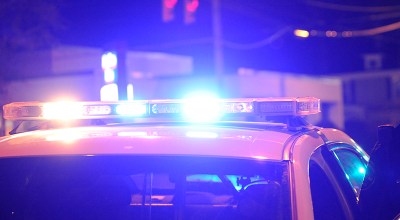 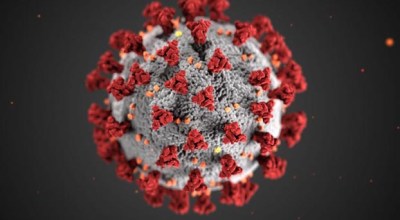 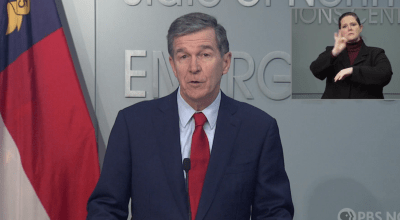