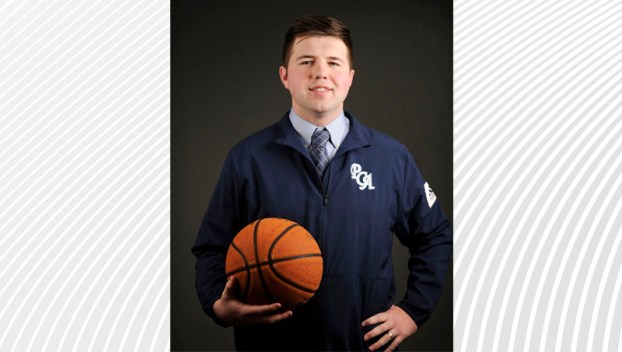 BELHAVEN — After one of the most successful seasons in Pungo Christian Academy basketball’s recent history, Mart Benson stepped down as head coach, and Logan Van Staalduinen will take the reins moving forward.

Benson said he would always cherish his seven years of coaching with the Raiders.

“It really meant the world to me (to coach at Pungo). Throughout those seven years, I was able to coach both of my sons. Allen (Benson) graduated in 2017, and coaching varsity that year, was the only year that I didn’t coach Brent (Benson),” Mart Benson said. “I can tell you that the joy of coaching was all about the players. There were definitely times I thought I was burnt out, but when you get in that gym, start practice and see what the boys can do — it’s just a lot of fun. The players make all the difference.”

Mart Benson said his most cherished memories on the hardwood were coaching in the Tarheel Independent Conference Title games in the senior campaigns of both Allen and Brent.

Last season, the Raiders posted a 19-6 record, which was the best of Benson’s coaching career. It also matched the highest win total since the 2013-14 season. Benson claimed Van Staalduinen was a big part of the Raiders’ success last season.

“(Van Staalduinen) came in and helped me out a whole lot. He was tremendous. He knows so much about the game. He worked as a manager at N.C. State and learned a lot there. He’s so good with the players and the students. He has a connection with them that is just automatic. What he brings to the game — I just learned so much from him last year, defensive- and offensive-wise,” Benson said. “Logan brought a breath of fresh air to the program. We pretty much went with all his plays throughout the year. The kids bought into it, and that’s the key. If you can get the kids to buy in, you can be successful.”

Van Staalduinen played for Pungo in high school before attending North Carolina State University, where he was a manager on the Wolfpack’s basketball coaching staff. After gaining some experience and graduating from NCSU, he came back home and accepted the athletic director position at Pungo. After a year of being the assistant coach for the Raiders, he was ready to take the leap forward.

“It’s very exciting for me. I was the head coach of jayvee last year, so I got some head coaching experience there. Now, varsity is a whole different ball game. Getting a year to assistant under coach Mart was awesome. I really enjoyed it,” Van Staalduinen said. “We got a good group of boys next year and some good talent in the younger grades, as well. I’m excited for PCA basketball’s future.”

Van Staalduinen said he greatly appreciated his time as an assistant under coach Benson.

“Mart and I have always been good friends. … He was awesome from the get-go. He let me introduce a new system that we ran, mixing some of his old stuff with my new stuff, and it gave us some success,” Van Staalduinen said. “Mart was a terrific coach at PCA, took two teams to the TIC title game and got us the most wins since 2013 this year, on top of winning Coach of the Year for the TIC conference.”

In Van Staalduinen’s first season as head coach, he plans to implement some of the things he learned at N.C. State.

“One thing I think is important is watching film. We did some of that last year, but watching that and breaking down what guys did well and didn’t do well can be big for them. I’m looking to make that part of our game planning,” Van Staalduinen said. “Our goal is to compete at the highest level. Everybody’s goal is to cut down the nets at the end of the year — that’ll be ours too. But, it’s a long, hard road. There are a lot of good teams in the TIC. … Ultimately, our goal is to win a TIC championship and a couple games in the state tournament.”