Why the fall sports season is so important for… 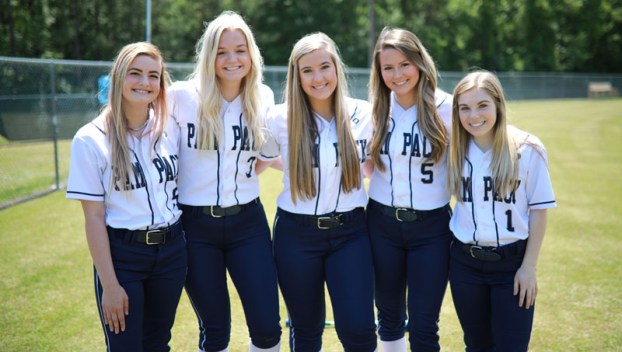 Few teams in North Carolina were as dominant on the diamond for the past four years as Washington’s Lady Pam Pack. The Pam Pack’s senior class had Washington to a 3-0 start before their softball season was eventually canceled due to the COVID-19 pandemic.

Over the past four years, the Lady Pam Pack posted a combined record of 62-9. Each of the past three years, Washington has advanced into the third round or beyond; they fell last season to Eastern Randolph in the eastern regional semi-final.

The senior pitcher for the Pam Pack, Abbi Tucker, finished an illustrious career filled with achievements and recognition.

Tucker posted a 48-5 record inside the circle. Through 356 innings pitched, she struck out 508 batters, good for second-most in Washington High School softball history. She was on pace to break the record had it not been for the shortened season.

Tucker once struck out 18 batters in a single game, which happened to be in the 2018 state playoffs against Reidsville. Tucker pitched 37 games without an earned run, including 25 shutouts in her career, with a 1.25 career-ERA. She was a three-time Washington Daily News Pitcher of the Year, nominated top-5 softball players in the state by High School OT and named to the All-East team by WRAL in 2019. She was named to All-Conference three times and was a two-time recipient of the All-State and All-District teams.

Offensively, Tucker batted .344, knocking in 53 RBIs, with 12 doubles in her career.

She helped lead the Pam Pack to its first undefeated regular season in school history in 2019, and a rank of the No. 1 team in the state through all four classifications (1A, 2A, 3A and 4A).

Tucker will be attending North Carolina State University and hopes to play club softball for the Wolfpack.

Emme Davis was another vital part of Washington’s success the past few seasons. Davis and Tucker have been a pitching-catching tandem since the beginning of Washington’s Youth Softball League. They have stayed together all the way up the ranks until their senior years of high school.

Davis finished her career with a .470 batting average with 42 RBIs, 13 doubles and 6 home runs.

She went through a shoulder surgery after her junior season and was cleared to play just before the beginning of her senior year. Since the season didn’t resume, Davis will now focus on her college future at the University of North Carolina-Chapel Hill.

Kaylee Elks, the lone collegiate signee from the Pam Pack’s senior class, will attend Pitt Community College and play softball for the Lady Bulldogs next season.

Senior outfielder Grace Paszt was just catching her groove for the Pam Pack in 2020 before the season’s cancellation, boasting a career batting average of .412 with three RBIs. Paszt will also attend N.C. State and try out to cheer for the Wolfpack.

Ashley Spencer, outfielder for the Pam Pack, will be the only the only senior to venture outside of the state for her college career, attending Ringling College of Art & Design in Sarasota, Florida.

Head coach of the Pam Pack Doug Whitehead had some very nice things to say about this group of seniors.

“During their four year careers, WHS was 62-9. They finished runner-up in the Eastern Plains Conference in 2017, lost in the third round of the 2-A playoffs and finished 17-6. They won the 2018 and 2019 Eastern Carolina Championships, undefeated each year in conference at 12-0,” Whitehead said. “Abbi Tucker was one of the most dominating pitchers in WHS history and a great hitter. Emme Davis was a excellent catcher and leading hitter throughout her career, slugging six home runs in 2019 alone. Kaylee Elks had an excellent mic of speed and power, exceling at third base and in the outfield. Grace Paszt had great team spirit, was a good hitter and used her speed in the outfield and as a courtesy runner. Ashley Cutler contributed as an outfielder on the JV team the past few years and had her senior varsity season cut short due to COVID-19. She has a great, positive attitude and always had a smile for everybody.”