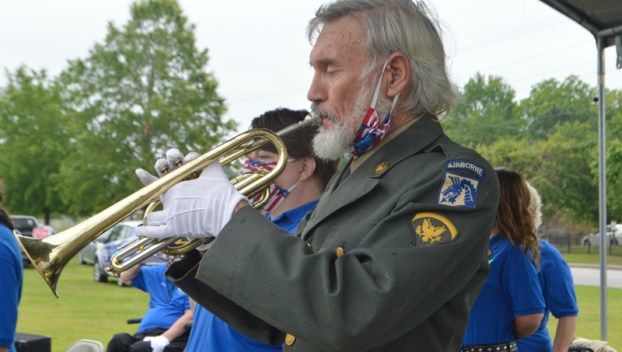 Aided by Boy Scout Troop 21, the Iron Order Skeleton Crew and the City of Washington, DAV held a service ripe with meaning and symbolism. The ceremony’s theme, “For the Fallen,” elaborated on the traditions that Americans use to honor those who were killed in the line of duty.

From the battlefield cross, the makeshift marker used in the aftermath of battle to commemorate a soldier’s sacrifice, to the missing man table, a somber dining space set in honor of the fallen, missing in action and prisoners of war, each piece of the service spoke in some way to the honoring of those who did not come home.

“We use this ceremony to not only honor our fallen heroes, but to educate the public on the importance of the traditions and ceremonies have in honoring the military men and women who have paid the ultimate price for our freedom,” said DAV Chapter 48 Commander Juanita White. “Today, even with the current situation, we want to continue showing you the importance of these customs and ceremonies.”

This year’s service, though not open to the public due to COVID-19, was recorded and can be viewed in its entirety on the City of Washington NC Facebook page @CityOfWashingtonNC. 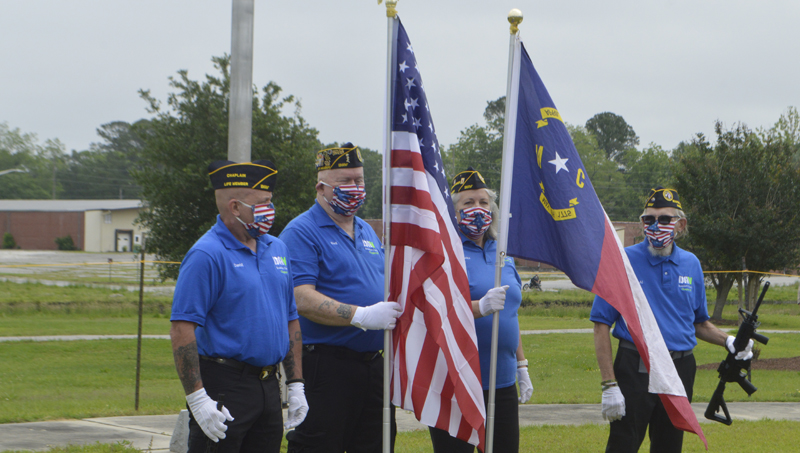 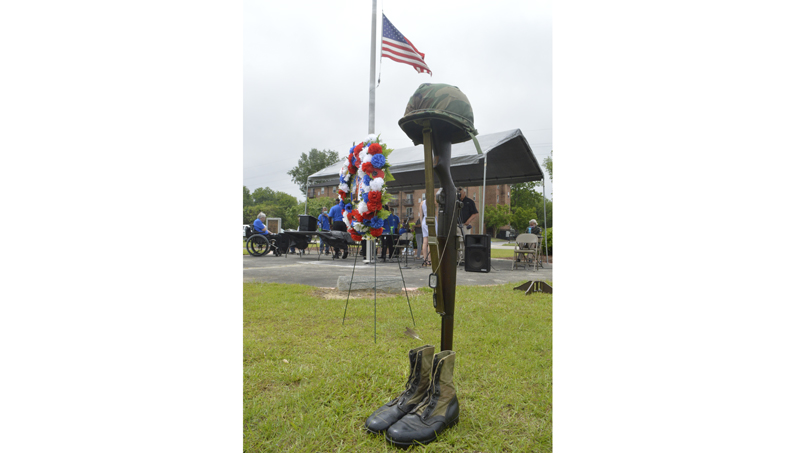 BATTLEFIELD CROSS: Made up of a soldier’s rifle, boots, helmet and dog tags, a battlefield cross has been used since the American Civil War as a way to identify soldiers killed during battle. 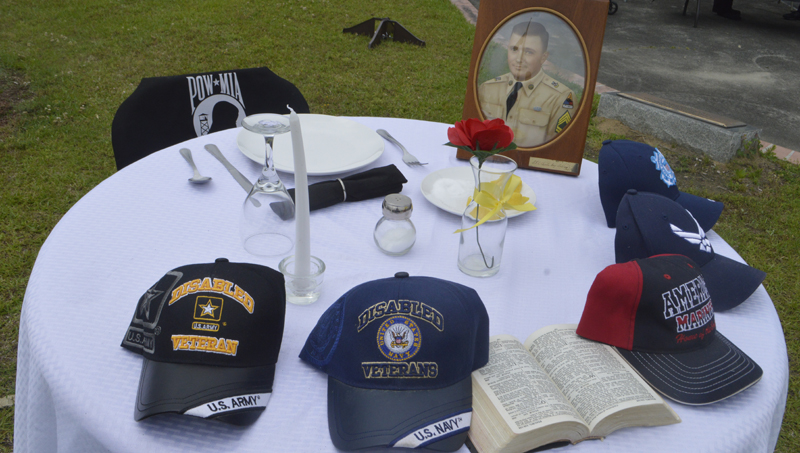 MISSING MAN: Set this year in memory of 1st Sgt. Charlie Gray Lewis, who was among those missing in action in Vietnam, the missing man table serves as a somber tribute to those killed in action, missing in action or who were prisoners of war. 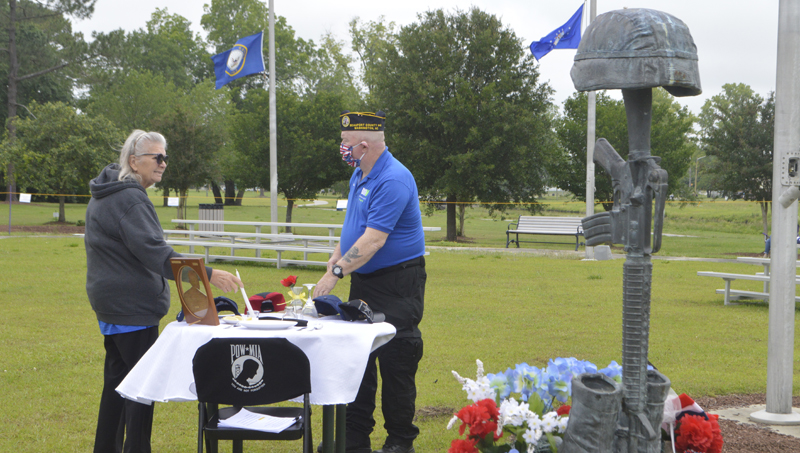