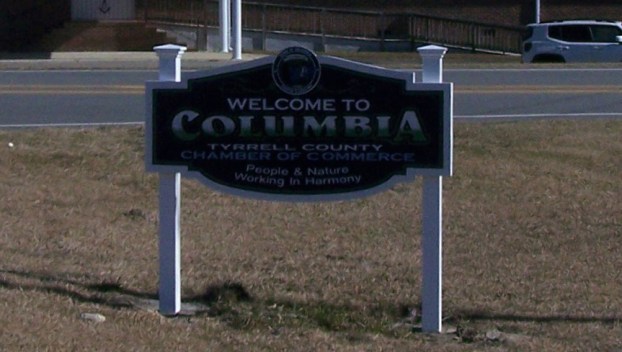 The state treasurer is stepping in to prevent Tyrrell County and the Town of Columbia from defaulting on bond payments.

In an interview last week, North Carolina Treasurer Dale Folwell expressed his concern for towns and counties teetering on the edge of financial insolvency because of COVID-19 impacts, including decreases in business and sales tax revenues, as well reduced consumption of utility services.

“We are looking at revenue shortfalls because people aren’t mobile, and when you have no mobility, you can’t consume,” Folwell said.

Tyrrell County was already on the treasurer’s office “watch list,” but as one of the state’s poorest and least-populated counties, it was especially hit hard when the Department of Public Safety closed the Tyrrell Prison Work Farm in Columbia last September.

Folwell has asked Gov. Roy Cooper’s administration to pay the $304,735.73 that the state would have paid the county and town for utilities during the first five months of the year had the prison not been closed.

“I’m very concerned that the closing of the prison in Tyrrell County could lead it to default on bonds that were issued to build the system including a reverse osmosis water treatment plant,” Folwell said. “The state should hold harmless local governments like Tyrrell County and the Town of Columbia.”

Folwell’s reasoning is that when the prison was opened in 1998, the town and county were issued bonds to build sewer lines to support the new facility. The prison’s closure meant the loss of approximately 150 jobs that the county and town couldn’t afford to lose and relocation of many of those people and their business to other counties.

Tyrrell County also made the list of fastest shrinking economies per U.S. state, according to 247wallst.com, a financial news and opinion website that used data from the Bureau of Economic Analysis for its report.

“It is hard to overstate the damage that the state’s actions have done to this community,” Folwell said. “Tyrrell’s entire population is the size of a high school in Charlotte. So often it is the state’s lower- and fixed-income citizens that bear the burdens of decisions coming out of Raleigh. The first rule of government should be to ‘do no harm.’”

According to the journal Nature Climate Change, Tyrrell also is the No. 1 county of 319 U.S. coastal counties that faces the greatest risk from sea level rise.

Folwell said he is working with state legislators, local leaders, North Carolina Association of County Commissioners and the North Carolina League of Municipalities to resolve Tyrrell County and the Town of Columbia’s financial crisis.