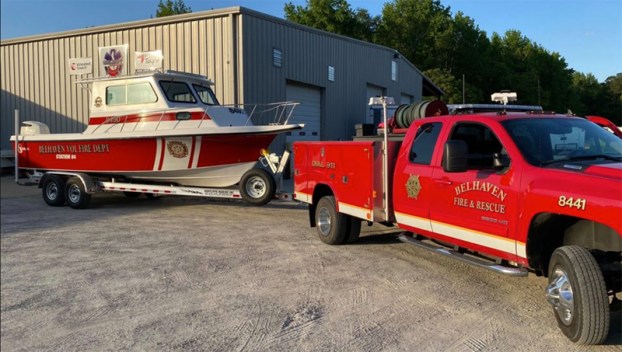 BELLS AND WHISTLES: Equipped with a 300-horsepower outboard engine, a heated cabin, sonar and an infrared camera, the new vessel can also pump 500 gallons of water per minute, making it a versatile tool for a variety of emergency situations. (Select Custom Apparatus)

It was a bitter, cold morning on Jan. 17, 2018. During a raging winter storm, in near whiteout conditions, Capt. James W. Cleary Jr., assistant chief at the Belhaven Volunteer Fire Department, responded to a TowBoatUS call, setting out in the early morning hours to assist a 47-foot sport fishing boat in distress on the Pamlico River. Beset by low visibility, rough waters and high winds, his 21-foot tow boat capsized during the effort, and Cleary’s body was recovered the following day.

Though Cleary was not on a call for the department that morning, his legacy is now memorialized in a fitting tribute. After two years of fundraising and construction, a new rescue boat, dedicated in his honor, is set to go into service at the Belhaven Volunteer Fire Department next month.

“Probably six months before (Cleary’s death), we had started a boat committee to figure out what we wanted to get, and he was one of the three members that committee,” said BVFD Chief Nathan Van Nortwick. “That kind of kicked things into high gear. Not that we could have done anything different that night, but knowing we could have the capability to help somebody else, that was one of the big driving factors in getting it done, and getting it done the way he would have wanted it to be. … The whole way through this, it’s all been kind of done for him.” 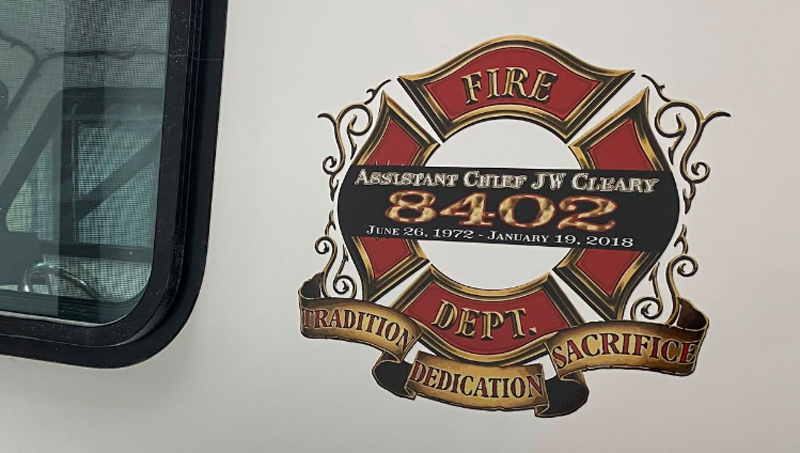 IN MEMORY: The new rescue boat is dedicated to the memory of former BVFD Assistant Chief James W. Cleary Jr., who died in January, 2018, while attempting to assist a fishing vessel in distress during a winter storm.

Built by C-Hawk Boats in Bailey, the 25-foot rescue boat boasts a 300 horsepower Suziki outboard motor, and is equipped with all the tools the department could need. In terms of firefighting, the vessel can pump up to 500 gallons of water per minute, allowing crew members to fight fires on the water or feed water to trucks on land.

For search and rescue operations, it’s equipped with 360-degree LED searchlights, sonar and an infrared camera. It’s the only rescue boat in Beaufort County to have a fully enclosed, heated cabin, allowing rescuers to continue operations when the elements are against them.

In short, Van Nortwick says the new vessel will greatly expand the BVFD’s capabilities to respond to a variety of emergencies in northeastern Beaufort County.

“We’re right here on the river, and our nearest rescue boat before this was in Bath, so by water, you’re talking 18 to 20 miles to get to our district,” Van Nortwick said. “We’re also stretching up the Pungo into the Intracoastal Waterway as well.”

All told, Van Nortwick estimates the cost of the new boat to be upward of $80,000. While the Town of Belhaven provided $30,000 toward the cause, the rest came through donations and two major fundraisers. If all goes according to plan, Van Nortwick says the department hopes to have the boat in the water by June 1.