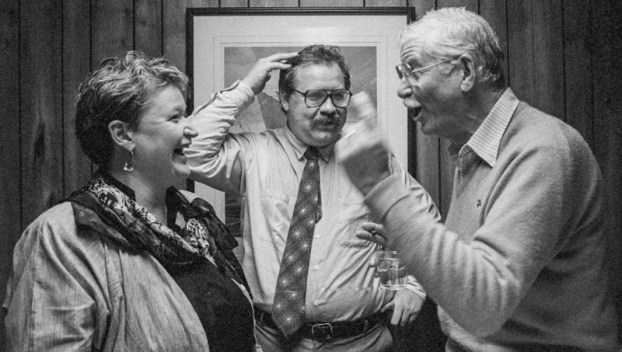 PULITZER ON THE PAMLICO: The newsroom staff of the Washington Daily News celebrates with champagne and laughter after winning the Pulitzer Prize for Meritorious Public Service in 1990. Pictured, left to right, are reporter Betty Mitchell Gray, Mike Voss, who died this weekend, and then-WDN managing editor Bill Coughlin. (Ric Carter)

Through a career studded with accolades, Voss was one of the few journalists in North Carolina who could claim to be a Pulitzer Prize winner. He and his fellow reporters at the Washington Daily News claimed that prestigious honor in 1990, after reporting on the presence of carcinogens Washington’s municipal water supply, and the city government’s failure to address the problem or inform the public of the issue.

The series ultimately sparked changes in the Environmental Protection Agency’s regulatory requirements for smaller communities, and the WDN earned the Pulitzer Prize for Meritorious Public Service. Betty Mitchell Gray, along with then-WDN Managing Editor Bill Coughlin, made up the two other points of the reporting trifecta covering that important story.

“I remember something Mike Voss always said, and this rings true,” Gray said. “He said, as reporters, our job was to ‘afflict the comfortable and comfort the afflicted.’ That is the truth. That is what your job is to do, is to call the powerful people to account and be an advocate for those who don’t have power. He held true to that.”

While the highlight of winning the Pulitzer Prize came early on in his career at the Daily News, Voss will be remembered for far more here in Washington. In his work as a journalist, he was dedicated to covering the good, the bad and the ugly in Beaufort County. From meticulously reporting on the inner workings of city government to working with churches and community organizations to cover their needs and causes, Voss worked to be a force for good in Washington.

“Even after that (Pulitzer) recognition, he had a commitment to the minutia of newspaper reporting,” recalled WDN Publisher Emeritus Brownie Futrell. “He never got to the point where the routine, day-to-day business of reporting was below him. Whether he was going over a police log or rewriting an obituary, he was steady and committed.” 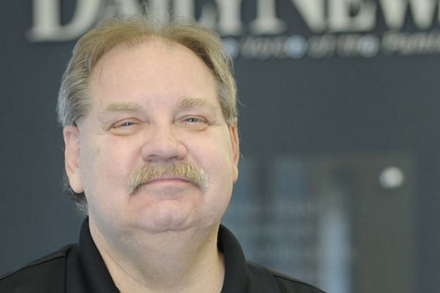 A LIFETIME OF REPORTING: Mike Voss poses for a picture in the offices of the Washington Daily News before his retirement. He spent most of his 33-year career reporting on Beaufort County. (Daily News)

His former colleagues remember him as a consummate professional, highly dedicated to his calling of reporting the news. For those who worked with him in the newsroom, Voss was a coach, a mentor and a friend.

“The man bled ink,” wrote former WDN reporter Jonathan Clayborne. “He was the consummate print journalist, and he shared his knowledge without reservation. He taught a generation of reporters how to be successful in their field. In many ways, Mike Voss made my newspaper career possible. He was my friend, my mentor, my teacher. He drilled AP style into my head — he was a master of AP style, and seemed to have every line of the stylebook stitched on his brain. He was quick with a sharp lede, knew everybody and had been everywhere. He could lecture you or curse you out one minute, and invite you to lunch the next. He was irascible, gregarious and fun to be with. He was the image of the grizzled but lovable newspaper veteran.”

“There was only one Mike Voss, and with his death, both I and my hometown have lost something that can never be replaced,” added former Daily News editor Russell Woolard. “Mike showed me how community journalism should be done. Make no mistake: he was after the story, and he wasn’t afraid to report on unpleasant or troubling things. You don’t help your paper win a Pulitzer Prize by pitching softballs. But he also reported on — and came to embody — the resilience, the flavor, and the friendliness that makes Washington, N.C. a place like no other. He had a wicked sense of humor and an infectious laugh that could put us all at ease, no matter how tense the newsroom got. And his tutelage allowed me to become at least part of the reporter and the man I always wanted to be.”

As of Monday, funeral arrangements had not been announced, but his granddaughter had started a fundraiser to help cover funeral expenses. That fundraiser can be found here. 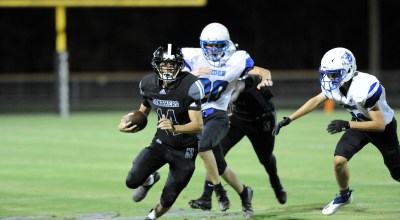 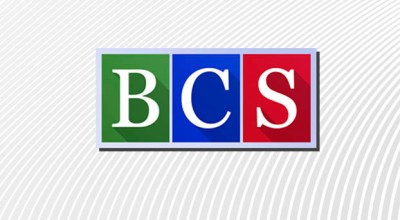 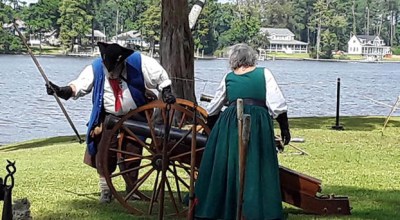