How “Black Lives Matter” should really be interpreted

Racism: Its foundations may not be what you think they are

I recently received an email from the son of a Greenville friend who lives in Florida. The son was moved by the murder of George Floyd to initiate a new local program to reduce acts of racial prejudice through education, in hopes that education would change human behavior.

I applaud his efforts to make a difference. Would that more Americans would be stirred by the murders of black men to reduce racial hatred and prejudice. But I fear that education, alone, will is insufficient to address America’s “original sin.” It is difficult for me to imagine that after 400 years of prejudice and exploitation of African Americans in the “land of the free” there remains anyone unaware of the cruelty and viciousness with which black persons have been treated.

In 2016, Ibram X. Kendi addressed these issues in his National Book Award for Non-Fiction, Stamped from the Beginning. Kendi’s book traces the history of racist ideas in America, from colonial times to the present. During a recent book tour, he explained why education, alone, is inadequate for reducing racism: “If the fundamental problem is ignorance and hate, then your solutions are going to be focused on education, and love and persuasion. But the actual foundation of racism is not ignorance and hate, but self-interest, particularly economic and political and cultural.”

“Self-interest,” he added, “drives racist policies that benefit that self-interest. When the policies are challenged because they produce inequalities, racist ideas spring up to justify those policies. Hate flows freely from there.”

The first slaves to step foot on what would become American soil did so in the English settlement of Jamestown, Virginia, in 1619. Over the next decades, 400,000 more slaves joined them in the cotton, tobacco and sugar fields of southern planters interested in increasing profits. And what better way to cut costs than free labor?

By the 1800s, slavery had become the economic engine of the South, making it possible for planters to reap enormous profits. Self-interest motivated the heirs of those planters to succeed from the Union in 1860. And self-interest moved their descendants to deny civil rights to African Americans during the Jim Crow era.

In fact, throughout American history, racism has been used intentionally to preserve the privileged positions of white Americans. Since the very founding of the Republic, discrimination has been justified by those who benefit from it by appeals to pseudo-science, scriptures and other self-serving rationalizations — that the black race is inferior by nature in intellect; that Africans were created by God to serve white Europeans; that the Bible supports slavery; that African Americans cannot compete with whites in school or work; that blacks are inherently violent and non-law abiding; and that all black men secretly desire to rape white women.

All of that, of course, is bunk. There is no verifiable evidence that Africans were or have ever been less intelligent than Europeans. Verses in the Bible that purport to legitimize slavery were cherry-picked and abused by “Christian” racists interested in providing scriptural cover for their “right” to own other human beings. Given a fair chance, there is no reason African Americans cannot compete with their white counterparts in school and work. Black neighborhoods are not more dangerous than white neighborhoods and neither are black people. And, to the consternation of members of the KKK and other white supremacist groups, black men do not rape white women near as often as white men do.

Prejudice against non-white peoples in America has existed for so long that it has become institutionalized. Practically every economic, political, social and, yes, religious institution in the USA continues to support racist policies, to varying degrees. Since the first European settlers landed on the shores of Virginia in 1608, the superiority of white European culture has been encoded in our customs, traditions and laws.

From housing to healthcare, policing to education, and banking to employment, America is a racist system that knows exactly what it is doing and does it successfully every day.

We can’t educate our way out of something as structural, deeply embedded and systemic as American racism. No amount of education or love can eradicate the cancer that has been eating away at the body politic of America for more than 400 years.

On the contrary, efforts to reduce racism demand both honest recognition and our participation in a systemic response that changes the political, economic, social, cultural and religious policies that are the foundation of America’s foulest bias.

Polk Culpepper is a former Episcopal priest, retired lawyer and resident of Washington. 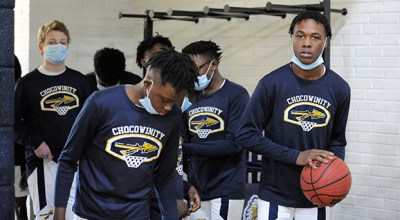 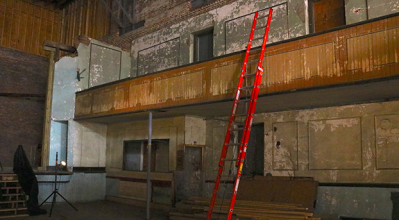 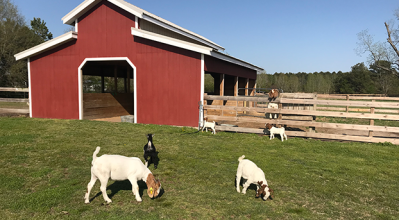