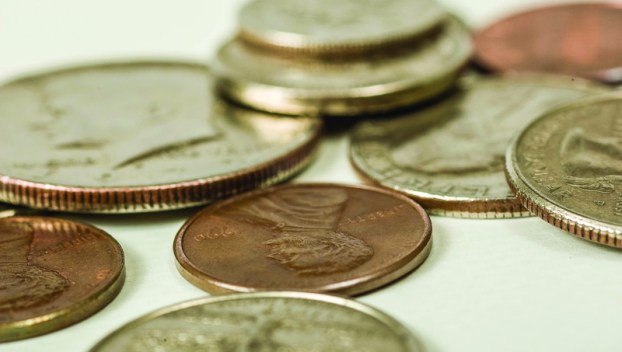 From toilet paper to common household foods, the COVID-19 pandemic and its ripple effects have led to considerable shortages of various items Americans normally take for granted. The latest shortage tied to the pandemic, however, could literally affect your wallet.

According to the U.S. Federal Reserve, the U.S. monetary system is now experiencing a shortage of coins, and some major retailers are now asking customers to pay in either exact change or with a debit card.

Here in Washington, CresCom Bank and other financial institutions are feeling the pinch from the shortage, according to CresCom Assistant Vice President/Branch Manager Mia Williams. Last week, her branch ordered about $3,400 in coins, but only received $274 in change with their latest shipment.

“It’s affected us in how we serve our customers,” Williams said. “To be fair to everyone, we’re having to say ‘This is what you can get, versus what you need.’ Because we don’t have enough to go around for everybody, if we give it all to one or two customers, we won’t have any for anyone else.”

By extension, Williams says the coin crunch is also impacting how some local merchants have to do business. Cups and Cones, an ice cream and coffee shop on East Water Street, does about 50% of its transactions using cash, according to owner Pat Lewis. While she says her business has been able to get the coins it needs so far, she’s prepared in case the shortage lasts.

“We’re aware of it, and we’re trying to stay ahead of it,” Lewis said. “My back-up plan is that I have a big change jar at home, and I’ll be trading it out if I have to. I’m not sure where all the coins went all of the sudden.”

It’s the businesses that use cash for many small transactions throughout the day that will likely feel the shortage most acutely, according to Williams. Places that make larger sales, like many retailers, tend to rely more heavily on credit/debit card transactions, she said.

“For the most part, a lot of our business customers are more on the debit/credit card than they are on the cash,” Williams said. “Still, there are some like that, and they do need to make change. What they’re having to do is say either ‘We need exact change’ or they’re rounding their prices up or down.”

In order to help reverse the trend, the Federal Reserve recommends shoppers try their best to pay in exact change or use a card while the shortage persists. Bank customers with large accumulations of coins can help by cashing out those stashes in exchange for paper money. This, in turn, can help those coins circulate back into the local economy.

“Depository institutions also can help replenish inventories by removing barriers to consumer deposits of loose and rolled coins,” the Federal Reserve release reads. “Although the Federal Reserve is confident that the coin inventory issues will resolve once the economy opens more broadly and the coin supply chain returns to normal circulation patterns, we recognize that these measures alone will not be enough to resolve near‐term issues.”