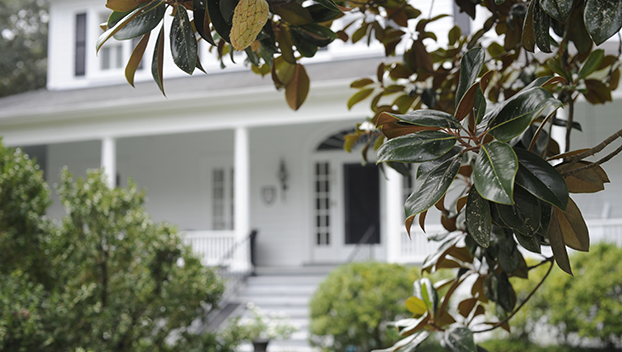 A WEST MAIN STREET GEM: Surrounded by magnolias and live oaks and porches to catch the river breeze, the house at the corner of West Main and Washington streets got its start as a train depot and hotel. It served several functions before being reimagined as a single-family dwelling around the turn of the 20th century. (Vail Stewart Rumley/Daily News)

Before the turn of the 20th century, the building on the corner of West Main and Washington streets welcomed visitors to Washington. A train depot for Washington’s first railroad, the Jamesville & Washington — known as the “Jolt & Wiggle” — it also housed the River Side hotel. 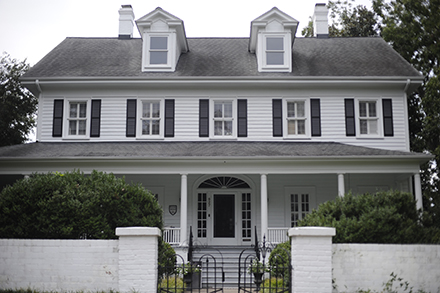 Later, the building was split in half; the half moved to Jamesville became that town’s train depot. The half that stayed in Washington was used in a variety of ways: at various points, it was a boarding house, a school; others say it served as a hospital for some period of time.

“As best we can figure, it’s been used for several different things: it was the train station, and either the train came across the river at Washington Street or the tracks came in somewhere else, and they carried passengers by carriage to the depot,” said Nan McLendon, a realtor with The Rich Company. “The other thing is, it was a boys’ home — the attic is huge, and I’m sure they had lots of boys staying up there when it was a school.”

It was Capt. George Studdert and his wife, Lyda Carter Studdert, who reinvented the building as a single-family dwelling sometime around 1900. A photograph of an article published in an unidentified newspaper on the North Carolina Digital Collections website, says Studdert, a native of Ireland, served as Washington’s mayor for a few terms, as well as North Carolina’s Second District Senator in 1913. The Studderts, according to local lore, planted some of Washington’s first pecan trees in their yard. 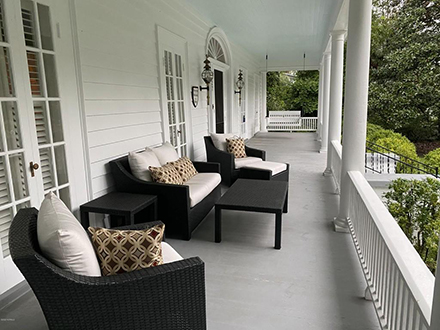 Today, the home at Main and Washington is shaded by a large magnolia tree and is considered by many to be one of the highlights of the historic district.

“I think it’s one of the prettiest houses in town,” McLendon said.

Over the past century, it’s been home to surprisingly few prominent Washington families, and once boasted a swimming pool back when swimming pools where not common at all.

“I think it was Mrs. (Zelma) Winfield who filled it in because she would look outside and catch neighborhood kids swimming in the pool,” McLendon laughed. 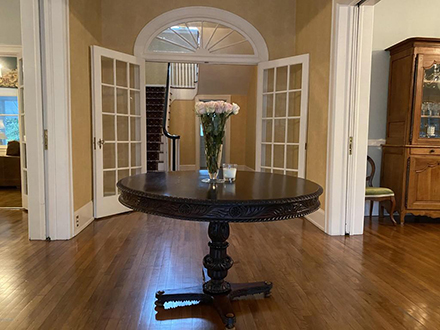 It also boasted many celebrations — the combination of gracious porches and an expansive lawn sweeping down to the river made it a popular spot for weddings and parties.

“Before air conditioning, they would open up the French doors to cool the home and have parties inside and outside on the porches,” McLendon said.

Four sets of French doors stretching across the Main Street side of the home are just a sample of the architectural features seamlessly melding old with new. Modern kitchen amenities such as granite countertops, gas range and bar area are complemented by leaded glass picture windows and a carved, columned mantelpiece framing a gas-log fire. More than 5,000 square feet of living space — four bedrooms and three and half baths — is rounded out with high ceilings and hardwood floors, pocket doors, plantation shutters and painted wood wainscoting, topped by chair rails. 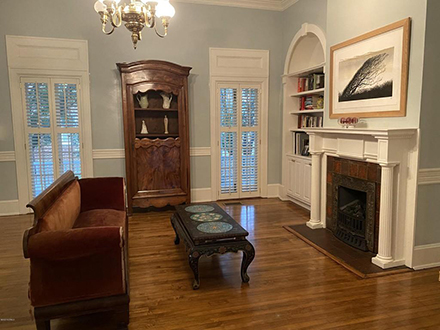 A fixture on the Historic District Walking Tour, this circa-1886 home has it all, including that it’s  one of only a few waterfront homes on West Main Street, its small dock and boat lift offering easy access to the river.

“It really is one of Washington’s most notable homes,” McLendon said. 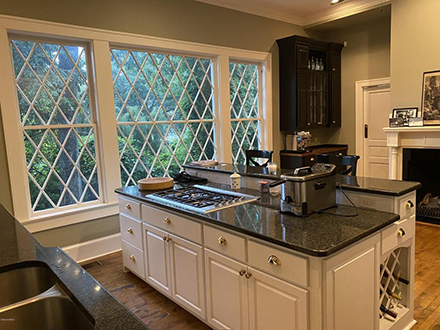 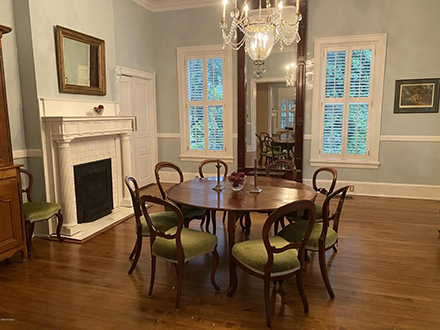 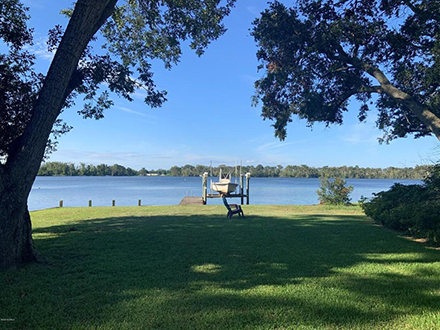 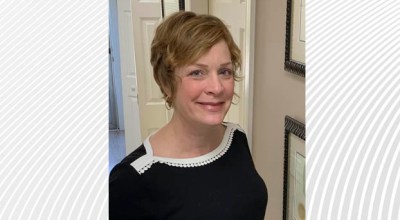