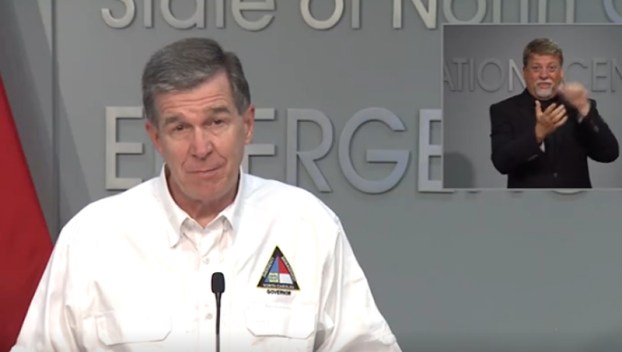 Citing increased hospitalizations and an increasing trajectory of cases, North Carolina Gov. Roy Cooper announced Wednesday that the state will remain paused in Phase III of reopening for another three weeks, until at least Nov. 13.

“As this pandemic continues, I know it’s difficult and tiring to keep up our guard, especially when we’re gathered with people we love,” Cooper said. “But it’s necessary. No one wants to spread COVID-19 accidentally to friends or family, so we must keep prevention at the forefront. Wearing a mask shows you care about people. Wearing a mask is an easy way to protect our communities and look out for each other. Confronting the virus head on and doing our part as individuals is good for our health and good for our economy.”

North Carolina first entered phase III on Oct. 2, loosening restrictions on a number of businesses and public venues. The order was set to expire Friday at 5 p.m. While it remains in effect, however, the following restrictions still apply:

Earlier in the day Wednesday, the North Carolina Department of Health and Human Services reached out to county and municipal leaders in 36 counties across the state where cases have been on the rise in recent weeks. A letter sent to those local governments suggested that they could consider imposing civil penalties for non-compliance with state mandates, including:

As North Carolina’s emergency proclamations are set up, local authorities have the ability to set tougher restrictions based on their individual situation, with state restrictions acting as a baseline. The letter also reminded counties and municipalities that local health directors have the authority to issue so-called “Imminent Hazard Abatement Orders” which require business owners to address potential health hazards. Local leaders in Craven, Hyde and Pitt counties were among those receiving that letter, which was criticized by Lt. Gov. Dan Forest, who is running against Cooper to become the state’s next governor.

“To put it bluntly, Gov. Cooper is attempting to use local governments to punish businesses and individuals for doing what they can to survive,” Forest said, in response to the letter. “He has reputedly said he has full authority over his COVID shutdown, which means he also gets 100% of the responsibility. Passing the buck to local businesses and municipalities is the antithesis of leadership.”

Forest, for his part, has advocated for a full reopening of North Carolina schools and businesses, claiming that such a move can be done so safely, while protecting the state’s vulnerable populations.

Throughout the COVID-19 pandemic, the state’s response to the virus has been a point of contention between the two gubernatorial candidates. In August, the Lt. Governor brought a lawsuit against Cooper arguing that the Governor had overstepped his bounds in issuing executive orders without the concurrence of the North Carolina Council of State. Forest later dropped that lawsuit after a Wake County Superior Court Judge dismissed the argument.