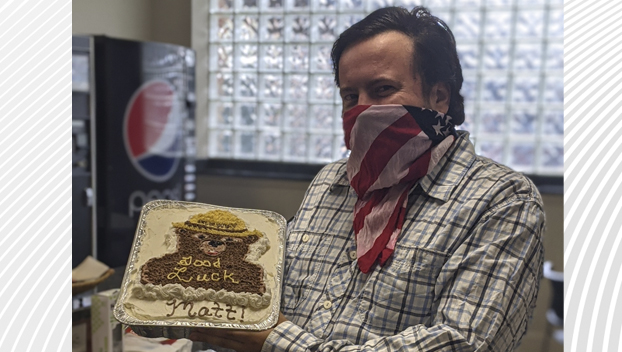 Reflections of a departing reporter

As I sit down to write my final farewell column as a full-time staff writer at the Washington Daily News, I won’t go into the details of why I’m leaving Washington. In short, family circumstances are pulling me elsewhere and it’s a call I can’t ignore. I’m sad to be leaving Washington, but excited to be closer to my family and for the new adventure that lies ahead.

I’m also feeling philosophical and self-reflective, so here’s a fun writing prompt to guide my last ramble — what makes a good reporter?

At the most basic level, a good reporter should be a reflection of the community they serve. In their work, they highlight the good, the bad and the ugly of any given place and its people. A reporter shares in a community’s triumphs, and has to put words to its tragedies. They deal in significant moments of life and death that are noteworthy to the community as a whole.

The reporter might be taking pictures of an elementary school play in the morning, a fatal wreck that afternoon and a city council meeting later that same night. He has to know a little about a lot of things, and be versatile in learning things on the fly to meet the ever-encroaching deadline.

A good reporter genuinely cares about her community. With the limited time they have to give, they’ll show up as best and as often as they can, even at the cost of their personal life. Sometimes they care too much, to the point they haul their laptop on vacation or find themselves anxious about what’s going on at home while they’re away.

They have to learn to deal with being pulled in 50 different directions. Newspaper writers have to work with people who believe they are entitled to attention, that their story is the most important thing happening in the world, and it should have already been covered two weeks ago with a 1,000-word feature and full-page photo spread. “Never mind that you’re on deadline. I need to talk NOW!”

A reporter has to distinguish who wants to actually be their friend and get to know them, versus who is only interested in what the reporter can offer in the way of coverage. Is this a professional or personal relationship, and where should we draw that line? Should we be Facebook friends, go grab a beer or would you actually invite me into your home? Was I the one invited here or was it the reporter persona?

Speaking of the people we work with, a reporter needs to be just as comfortable interviewing the governor as he is talking with a homeless mother. If people can’t trust you, they won’t talk to you and you can’t do your job. It takes finesse, asking the right questions and building relationships with a wide variety of people. You’ve got to be trustworthy and careful not to burn bridges.

The reporter has to try and stand firmly in the middle and shoot straight, despite his or her own personal biases and all the voices trying to sway the pen one way or another. The goal for any good news reporter should be to present truthful information, and trust that readers and viewers are intelligent enough to make up their own minds what to think. As old Joe Friday said in Dragnet, “Just the facts, ma’am.”

Every once in a while, the reporter has to rock the boat, ask tough questions, and point out wrongdoings. A quote from the late Mike Voss sticks out to me. I only heard it once, repeated by Betty Mitchell Gray, after his passing. Voss once said it is the job of the reporter to “’afflict the comfortable and comfort the afflicted.”

Have I done all that in the past five years in the newspaper industry? Well, I’ve damn sure tried, but I guess you all will have to be the judge of that.

For now, I’m heading back to where I’m from, to be closer to family at a time when they need me most. I’m leaving the newspaper world for a while, will be working in the great outdoors and trying to remember how to write for myself again.