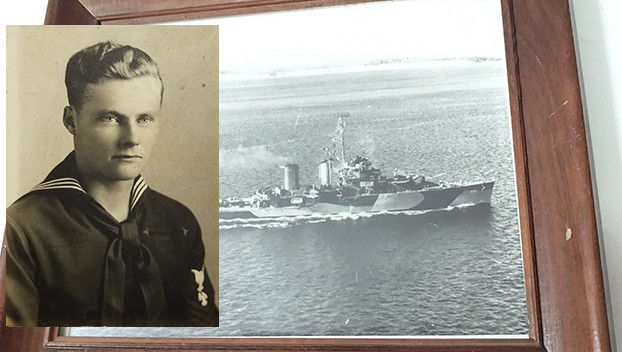 If you asked Frank Clark to tell you about the 1941 attack on Pearl Harbor, the long-time Bath resident would probably suggest another topic. Several family members said this week that even though 81 years have passed since that Dec. 7 attack by the Japanese military, Clark would often still walk away if someone brought it up.

“He was very private. He didn’t tell a lot of stories about the war,” said 84-year-old Mary Frances Woolard, one of Clark’s sisters. 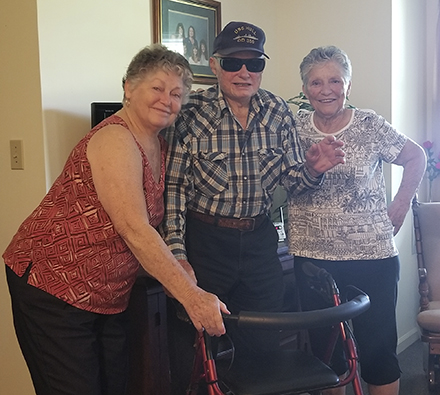 FAMILY: Frank Clark is pictured with sisters Wanda Mae Forman (left) and Mary Frances Woolard (right). The siblings were three of 12 children born to the Clark family between 1919 and 1950. (Contributed)

She said Clark enlisted in the U.S. Navy “partly because that was a chance for kids like him to help their farming families by sending money home.”

According to a rare recording of Clark recounting his memories, he was working on one of the smoke stacks of the USS Hull DD350 destroyer when the first Japanese war planes flew over the ship.

“They were so close that I could see their angry eyes,” he said in the video.

Among other wounds, Clark came home with shrapnel still embedded in his brain — and so many horrific memories that his personality was forever wounded. 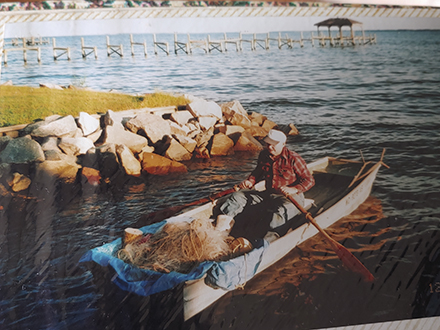 WATERMAN: Frank Clark loved the Pamlico River and was always drawn back to the river, according to his family. (Contributed)

Clark died on Oct. 14, after a long battle with cancer. According to media postings, he is the third among very few remaining World War II veterans and Pearl Harbor survivors who have so far died in 2020. His widow, Yohana Clark, agreed with two of her husband’s sisters that love for his family, his music, his garden and, especially, the Pamlico River became for Clark what therapy and recovery groups supply for today’s traumatized military veterans.

“After the war, he would just play and play on that guitar and harmonica,” said his sister, Wanda Mae Forman, 82, another of three remaining siblings in Clark’s family of seven girls and five boys.

“He was the first boy born and the last man to die,” Woolard said, adding that, no matter how often wanderlust took him away, “that Pamlico River was a calling card, always drawing him back to us and that old aluminum boat. I know it’s still here somewhere. He never threw anything away until nothing else could be done to fix it.” 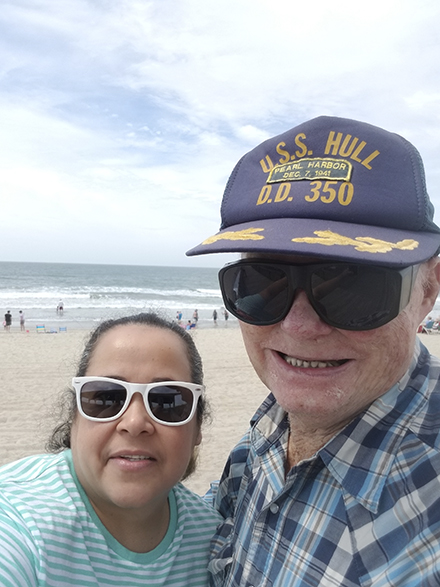 Almost as legendary was Clark’s love of humor.

“He could tell jokes forever,” Forman said, as his widow reminded everyone that “the older he got, the more he’d tell the same jokes over and over.”

Those jokes now comfort Yohana Clark, who called him “the most energetic man in the world. He would be fishing every morning at 5 a.m. He was in bed with cancer but still made me let him help plant our tomatoes last March. The last five months without him have not been easy, but God gives me strength,” she said, as emotion choked her words. “I would call him ‘my Frankie’ and he would call me ‘my girl.’ Memories like that take some of the pain away. He was a good man.” 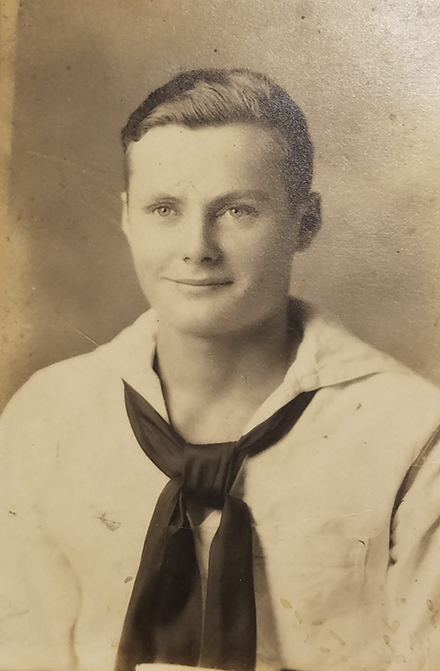