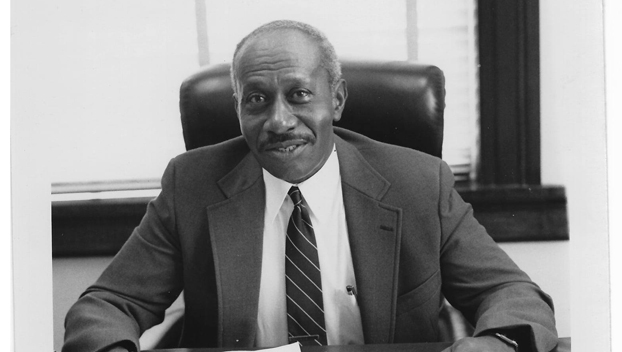 ACCOMPLISHED: Under Floyd Brothers’ leadership, Washington earned an All-America City Award in 1993, an award his coworkers say he was especially proud of. Brothers died Sunday morning. (City of Washington)

Even after he retired from the classroom, Floyd G. Brothers never stopped teaching.

Instead, he became a mentor and friend to future generations of local leaders.

Brothers, who died Sunday morning at the age of 86, in 1991 became the first elected Black mayor of Washington, after serving nearly six complete terms on City Council. His sixth term ended when he was appointed to finish Sam Fowle’s term as mayor after Fowle died in March 1991.

One of Brothers’ crowning achievements was the All-America City Award Washington received in 1993, an award given to cities that “leverage civic engagement, collaboration, inclusiveness and innovation to successfully address local issues,” according to the American Civic League. That award earned Washington officials a trip to the White House to meet with then-President Bill Clinton.

“It meant a lot to him; he was proud of it, that we accomplished that goal,” said Richard Brooks, Washington’s current mayor pro tem and a close friend of Brothers. “He was proud that he was a part of it, and he would never forget it.”

Brothers was proud of the award as well as the precedent it set in terms of Washington’s development. Those who worked with Brothers in the city government over the years say he harped on one goal in particular: always search for opportunities to make Washington a better place to work and live.

Floyd and his late wife, Muriel Owens Brothers, were deeply invested in the community. That was evident long before he became mayor.

Before the integration of what was then Washington City Schools. Floyd Brothers served as the band director at P.S. Jones High School.

Known for his strict, steely and yet patient demeanor he carried from his military background, Brothers tried to expose his students to all of the different kinds of music.

“He tried to get us to understand and appreciate music other than the usual hip-hop, or whatever was going on — Motown sounds that we were bobbing our heads to,” said Alice Sadler, a P.S. Jones High alumnus. “… His thing was mostly, if you could hear it, you could remember it.”

For a while, Brothers taught in displeasing circumstances. Band classes at P.S. Jones were originally held in a wooden, Quonset hut-like structure.

“He could’ve gone some place else and had a better facility,” Alice Sadler said.

But he stayed long enough to move into a newly constructed band room, which now houses the P.S. Jones High School Museum.

“He was so proud of that room,” Sadler said. “I think it is poetic justice that his band room became the museum for P.S. Jones.”

In his city government days, it was common to see Brothers walking around town, checking in with community members.

“He was just a community man,” Beaufort County Commissioner Ed Booth said. “You’d see him every day. He traveled the streets every day until his health declined. He passed by about two or three times a day — you’d see him riding around the city.”

Brothers was a mentor to several local officials. Those closest to him say he was always willing to give advice, drawing from his wealth of experience.

Brooks said Brothers taught him a lot about leadership.

“He said truth is the most important thing in the council,” Brooks recalled. “Be truthful in everything you do.

“… And get hard — sometimes you want to waiver, but don’t waiver. Speak the truth at all times.”

“He was a fine gentleman,” they mayor said. “He was a friend and a political advisor.”