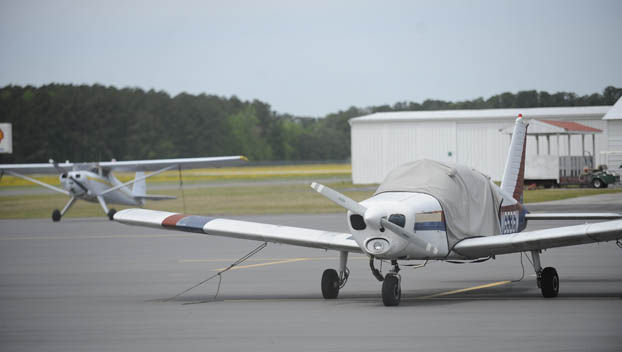 The Beaufort County Economic Development staff is working with Washington-Warren Airport on several projects that could result in millions of dollars being invested into new facilities and equipment at the airport.

Johnson said one of the four projects involves a potential investment of $3 million to build rental T-hangars at the airport. A separate project involves a corporate entity that is locating an aircraft and a hangar at the airport.

Another project involves a manufacturer placing a manufacturing plant outside the airport’s fence and a hangar inside the fence. The name of that manufacturer is currently being kept confidential; Johnson said the business’s CEO was in town last week to make some evaluations.

The Economic Development Partnership of North Carolina has been in contact with the county regarding another project, which involves an aerospace manufacturer that is interested in placing a manufacturing facility and a hangar inside the airport’s fence.

“It makes the airport much more self-sustainable because they provide a lot of services to these airplanes and hangars and what have you,” Johnson said. “So it would mean additional jobs at the airport, additional property tax – some of these jets can be around $4 million.

“And a lot of the (Federal Aviation Administration) and the North Carolina Department of Transportation’s Division of Aviation’s money is tied to the volume of flights in and out. So the more activity an airport has, the more likely it is for them to go invest in more funds in improving the airport,” he added.

Last week, Johnson asked the Washington City Council to help move the projects forward by helping with the allocation of various grants as they become available, as well as supporting airport improvement initiatives.